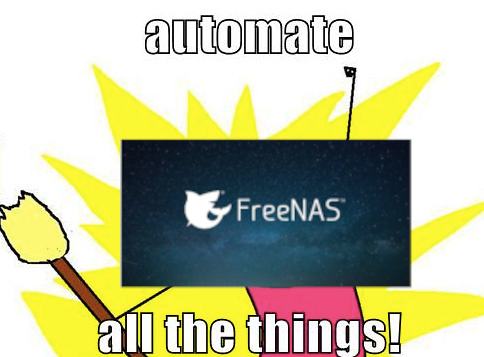 Lately I've been in a mindset of "automate everything" and I am taking that to heart. There are many things that I don't enjoy having to do, like clicking through FreeNAS menus to create jails and installing plugins. Not to mention that even after I create a jail, I also install a certain set of packages that I'm bound to use. During the past weekend, I decided to just go ahead and write a create that does all of that for me!

I present to you: Alex's Easy Jail Creation script